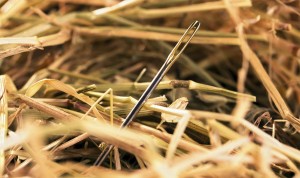 In YUEN Method®, when we examine someone’s presented story – say,  a sensitivity, hyper-sensitivity or allergic intolerance to many things, where do we start?

The story perhaps begins with a long-ago event where a person suddenly – became hyper-sensitive/reactive to many things … smells, etc. that they call allergies.

Some clients may get lab tests, visited with allergy specialists.   Either way, we know allergy symptoms often affect our daily life routine, relationships and also sleep patterns, etc., and other quality-of-life issues.

So, in the session, let’s begin – where we always do – from zero.

Short Notes: What we found in the allergy session

Our first intuition – about the story, is usually; the cause-effect chain is often backwards … from what the client says – but, we start by asking the client….

Client:   I have all these allergies now.   I’ve gone to several specialists to figure this out..
I just don’t want to let things ‘pile up‘..  and get chronic..

Practitioner:  OK, Hmmm,  [intuit] pile up, chronic – there no weakness..

Your list – you actually have quite a few things that you’re sensitive to, that bother you, is that right?

Practitioner:   Well, [intuit]… I would say, actually, the thought of having NO bothers! …. bothers you…
Let’s make it … so it’s OK – and get you neutral to the thought of – having “zero” of something – and be OK with it..
things – such as money, bothers, etc.

.. and… [intuit]…  well, let’s just say, you are actually bothered by other people’s… bothers… more than your own.
So, dealing with other people’s bothers 24/7 sure would make ME sensitive & knock over the energy, yes?..  worrying about another individuals’ bothers…

We want our energy strong and neutral – and not to be bothered ( we call it “psychically bothered/resonating)” with another’s energy.    About 90% of that is resonating and pulling in that outside “bother” energy, that you’re not consciously aware of.

So, what I get from your energy:   First thing in the morning, you wake up – and you already have thoughts – mostly from others – that bothers you.    So, you say you can’t sleep… but, it’s actually – JUST THE OPPOSITE – it’s really you don’t want to wake up…

So, that energy – is coming from your surroundings, then descendants, then  ancestors, then, let’s say “collective humanity” is 4th.  OK, that’s enough…

We don’t want to be motivated – or influenced – by OTHER people’s bothers or bother energy.

Client:   I just felt something shift.
Practitioner:  This is a BIG ISSUE for some people.

When you’re affected by another energy or collective energies … eventually, you’ll be sensitive to everything that bothers them… it’s like they give you a reminder with their energy..

Now, let’s make it ok to have a reminder, or have no reminder… forget, not forget...

You don’t want to give yourself a chronic condition to REMIND you … to have a constant reminder...
…. let’s… get you neutral – so you don’t need to re-experience anything.. (re-experience is sort of the same as a chronic thing)

Client:   I just took a deep breath – and I have trouble breathing and taking deep breaths … usually..

Practitioner:   Let’s (also) get rid of [intuit] anticipations and negative expectations – of disappointments in the future…

Positive expectations…  let’s see – your energy is going weak to:

Let’s delete all that…  “when’s the shoe gonna drop” mentality..    This is a huge weakness for you – and many others.   It’s holding you back from noticing improvements and beneficial changes.

Again, let’s get you neutral to the idea of not anticipating ... to accepting – a surprise …

So, not all is coming from you… ancestors… collective female… “things get worse as you get older“.   You can – unknowingly – internalize that mantra – and it’s not even your stuff…    We want to be neutral to those – mostly negative –  stories..  neutral to < accepting/acknowledging/recognizing > – things can get better, too…

Aside (clearing ourselves vs outside us):   YUEN Method® focusses on finding the highest effect, biggest influence – which is often OUTSIDE us.    Clearing “me” .. profiling – could be only 5% or less…   With other modalities, if the practitioner is really good, they get 100% of the 5% (the “me” effects), but outside us (ancestors), could be 95%.. left on the table – and (the) ancestors are still complaining… and so you keep the symptom…

Many people never improve, because they never visit “outside (me)”  influences… when outside is the larger effect..

autoimmune and allergies
no sense of smell

Practitioner:   Hmm..  next on your list – no sense of smell...  Let’s see where that’s coming from.
…  [intuit] If someone whistled … just started whistling, that would bother you, yes?

Client:  Well, no, not really, but noise bothers me..

Practitioner:   Well, whistling is noise, yes?    Really you say it’s noise, but [intuit] –  it’s actually – just the opposite  – when there’s no noise…

Client:   I just had an intense flush.

Practitioner:   [Intuit] Let’s go one deeper – and delete [Intuit] – “not allowing …. others to speak”.   This is a karmic experience [intuit] .. of putting limitations on others…  the “silencing treatment” ..  Clear feng shui (so-called environment energy)  too –  What about now?

Practitioner:  So, let’s recap.   Some  (< 5%) of this hyper-<reaction> … comes from you.   But, many times karma, etc. comes from outside you.   The karmic effects here, we delete on the spot – and ask you if something changed.

Practitioner:   Well, so you’re allergic to sleep?  Only kidding.
So, you think your focus is what bothers you, right?   You can’t focus?

Client:  Yes, it’s memory… concentration..
I was told I have a problem with my APOE gene – it’s one of the 4 big risk for Alzheimer’s.  Do I have any weakness around that?

Practitioner:   Genes, [intuit] – nothing there..  Let’s look at focus… you’ve been thinking “this is what it is” for 20 years, so that’s been strengthened long ago..   So, that’s not what it is..   If you continue to think that .. it becomes misinterpretation… and that’s what comes up…
.. so, really, you want all your misinterpretation experiences cleared..   OK, let’s clear that for you… plus influences of misinterpretation from other people too..

OK, I got it.. . Do you like being at the center of attention.. let’s say – people staring – at you?
Client:  I don’t know…  I have a skin affliction.. I hate going out in public when it’s flaring up…

Practitioner:   Let’s give an example..  Say, someone was staring at you – at a really bad time – like when you have no makeup… or during a flair up – when people focus ON YOU when you don’t want them to..

That’s what affects your ability to focus.

Let’s get you neutral… to … people looking at you at the wrong time ..  forever (into the future)
… and neutral to that never happening (surprise:  you’re already neutral to that extreme)..

So, to summarize:  The focus part is … well, things DO affect your focus, but it’s not because YOU can’t focus… it’s that you don’t like other people focusing ON YOU at the wrong time – and that affects your ability to focus….     Looks like it’s coming from ancestors … not so much a karma, just experiences… of ancestors… in the past were a famous person… but not in a good way…

So, if they [Intuit] recognize (you)… it’s the recognition that weakens you … too… let’s clear that layer… of recognizing…

Practitioner:  Let’s make it ok for people to recognize you … no matter if it’s a judged good or bad time.. “famous person problem”..   Your energy is strong and even/neutral  – so you can then pick the time and place where people see you… because now you’re neutral, you truly have no preference
…  your energy is like “I don’t care either way”.

Practitioner:   OK.  All your experiences  and experiences of others .. of ..
… you ancestors/descendants .. experience –  of bad things happening when you sleep + you died in your sleep… 200 years ago and 700 years ago…
(well, think about it, most of us will probably die in our sleep, not always, but it’s a common experience)

Some of your experiences
1) natural disaster while sleeping … it happens during sleep..   The ancestors… cumulative effect … is beyond infinite. DELETE.
Let’s unhook that from future & past…   + cumulative effect of memory, imprints of others that lived through it.

Clear Feng Shui of where you sleep… clear energy.. but, not in a ritual way…  We just check if it’s weak and move it out… so you don’t reinfect yourself.
You don’t need to light a candle or need incense… just strengthen it … and done.

Client:  Big breath.. with all the sleep things.

Practitioner:   There was an episode of the X-files:   Some super soldier that they experimented on:  He never slept…
There was someone from India – an older man, very famous case – he didn’t eat – I think after his wife died, he never ate again.

… so it’s that opposite end.. sleep a lot is like – you’ll never wake up… triggers a dying experience… Let’s get you neutral to that extreme of ” sleeping a lot ” and delete that triggering of a “dying” experience (sleep forever)..

And, let’s get you strong(ly) neutral – to not bring this energy back.

Chronic means ‘stable’ not moving.. you stabilize or others …. building not moving easy to blow up… if the building was moving – harder to resolve… it’s probably a story not moving – which is good..

OK, let’s strengthen your CNS again..  Your midline can go weak while working with the energy – let’s get that back up… strengthen the geometric foundations, that’s better..

One other thing coming up..  it’s from outside you (again):  Let’s call it the “wrong answers” of others – effect…

Your treatment(s) and doctors interaction.   Experts … told you many things that were wrong answers..  For example:

Practitioner:     Specifically, all the doctors you were exposed too, collective experiences of misdiagnosis, etc. DELETE
So, we want your energy more neutral so don’t have to repeat an experience – to resolve it.  Treatment is very much a repeating experience and we don’t want to attract that..    Neutral to “once and done”    How about now?

Practitioner:   Now, let’s see…  if … [intuit] OK, if someone HIDES something from you, would it bother you?
Do you have experiences like that?
Client:   Yes, I hate that…

Practioner:   What I get from your energy is:    hiding something from you (to deceive you and watch you fumble) is like [intuit]  ..
… 1000x worse – to you – than if you lost it or someone just threw it away (any other reason).

2nd thing is:  If you hide something – and can’t find it… that bothers you right?

Practitioner:  So, hiding or hidden things really bothers you…  An allergen is kind of small, we could say “hard to see” or “hidden” … so if you have that energy of small / hidden things that bother you.. if we get you more NEUTRAL to that situation, you can deal with small things or things hard to see .. without any reaction..

Let’s clear that, some layers are karmic, some are just negative experiences and bringing in / resonating with energy from the collective.    Let’s get rid of all that…

When little or hidden things bother us, we’re more likely to attract or perpetuate symptoms being triggered that affect us on the physical and other levels.