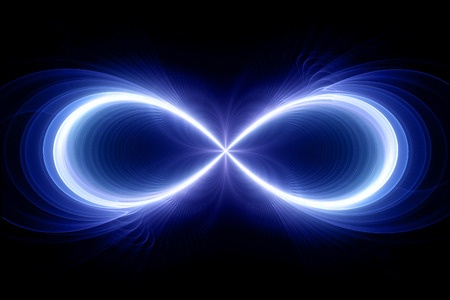 Well, that title is a teaser.

I’m not referring to Bruce (Lee) – our Dr. Kam’s contemporary.   I mean Dr. Bruce Lipton (PhD) – a leading developmental biologist who wrote “The Biology Of Belief“.     Many of Dr. Lipton’s insights from his research – especially ‘energy psychology‘ (his term) being the best path to change – resonates with our YUEN  Method®  & neutrality concepts.

In a nutshell, Bruce describes 2 minds;  (a) conscious mind is creative/thinking and (b) sub-conscious is “programming” or ‘habits”.

YUEN Method® adds another mind “the non-conscious” to the 3 – to make it a triad.

How does Dr. Lipton’s work relate to YUEN Method® & neutrality?

Let’s look at 3 areas where we compare and contrast the two (with some heavy paraphrasing of the work built in for clarify & brevity).

YUEN Method®:  Solely using our conscious mind (thinking we call it)  can’t access/reach real answers – only our insight (stop thinking & feel) gives us answers – based on feeling for strong and weak.

2. Negative thinking/programming in our subconscious

Bruce Lipton:  We get our programming (downloads) in the first 7 yearsof life during our “not conscious” phase, and from those experiences.   In our first 7 years of life, our brain is in “observe and record” mode; we’re not totally conscious yet (our child mind is in theta state).  This programming we record – then – affects our lives in the here and now; but we can – change – the programming by repetition, etc. “positive” thinking, affirmations, etc.

YUEN Method®:   Negative thinking connects – with us – in more ways than Bruce suggests
(a) we can also “tune in to” (psychic) energy collective of others with similar programming (amplifying the effects – could be infinite effect)
(b) we can inherit/download negative energy / programs / experiences.
i.e. This means we download “habits” or experiential energy – from many places such as:

Bruce’s “Biology of Belief” Programming is closest but not quite YUEN “weaknesses” (answers, energy)
How is YUEN Method® compared  to OTHER modalities in Bruce’s list of other energy psychology methods?
Bruce Lipton:  Changing “habits” (our programming) is often difficult.
To change habitual thinking / programming, we can use 3 techniques:
YUEN Method®:   We use our intuitive mind to access answers.
The difference is the:

With YUEN Method®, we don’t program a new behavior, per-se, we focus primarily – and PRECISELY on:

Once we remove the “energetic” signature / major effects, we – get neutral – to all programming, positive or negative and in-between … that’s the best scenario.   When we’re neutral, there is no primary “program” coming to the fore … they’re all equal.

And, in YUEN Method®, we KNOW – through checking the energy (weakness) – WHICH “programming” is affecting us.   It’s usually NOT what a person may say “I fear failure”  – e.g. the CONSCIOUS thought.. which may resonate with other modalities, but not pass our “energetic sniff test“ in YUEN Method®.

With YUEN Method®, and neutrality, we know we can INTUITIVELY – find a weakness– and DELETE  the “bad” programming (energy) in one second, not just momentarily “move it to the side” by downloading new programs alongside the old.   (the old programs are still there/active).

Even though we have access to new behaviors though Lipton’s re-programming, that doesn’t address the effects – and the old programming residing on the hard drive of our subconscious or from the “cloud” (collective “others” energy or energy from places or people in our ancestral chain that we connect with).

If the programming comes from our ANCESTORs or KARMIC elements (from victims) giving us their energy as our programming, we can’t simply “shut it off” or override their energy with mantras “I’m gonna be a success” LoA type scenarios or “fake it till you make it”.

If that were true, everyone would get what they CONSCIOUSLY SAY they want – every time…

Other techniques CAN work if the PRECISE BUTTON HIT IS the (energetic) weakness (in YUEN parlance).

Often, the person’s “guess” is 180 degrees off (success is the weakness, not failure)
… or the energy needs to be cleared OUTSIDE of them (karmic, ancestor. “collective”) – FIRST – (since it’s the more primary EFFECT)  before the energy/programming in the subconscious is GONE/DELETED – or at least – NEUTRAL (EQUAL significance) …. to ANY experience (negative/positive) in our programming

Many may believe they have improvement with other techniques (and they may sense some) – but with energetic testing – in 1 second – we could reveal use of a side-stepping coping mechanism – due to when YUEN Method® calls false tools coping of (suppress, deny, lie, numb, shut down, forget, ignore/avoid).

Only clearing ancestors/karmic elements truly releases the tether (to our programming – and deletes it).

In the YUEN/neutrality world, the energy of negative programming (i.e. Bruce Liptons’ term) can also get more “tamped down” – or neutralized – by neutrality – i.e. “getting neutral” – such that something can shift..    It may SEEM (with neutrality) like we DELETED some program (we could), but really, we can just make things more “even” – energetically – so auto-pilot programming has multiple EQUAL/EVEN choices

YUEN Method® makes the more significant improvement – by deleting the old programming and the effects from ourselves and from other sources OUTSIDE us when necessary.. and it gives us a way to VERIFY OUR WORK MADE THE IMPROVEMENT (energy is strong).