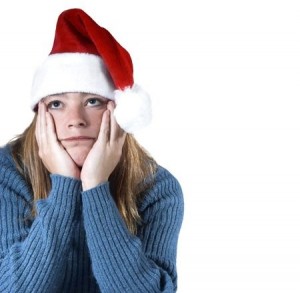 We’ve all heard about the holiday blahs.

But, when we learn to look only at energy – in a more neutral, and truly humanistic way – we have fewer blah – and more aha – moments with situations and people.

The energy creating the drama of a situation – most likely is coming from outside of us.

Checking the energy and having that simple realization shifts us into “aha” state – a neutral state that leads to resolution.

Karmic energy is a very real and palpable effect. The holiday tension and frustration energy many sense may be from other energies or people from another time (our ancestors, etc) giving us their karmic imprints and issues to resolve.

So, the drama that seems like our drama is most likely not about the two or three people in this (life) time.. or in this room – but things unresolved from earlier or even other times – like past indirect karmas.

For many, things seem to “come to a head” at the holidays.  Often it’s due to the ancestors from another time realize you’re all in one place; that there’s an opportunity to resolve their own unresolved karmas – through you and the people present.

Spirits can’t resolve their (prior) karmas in their spiritual realm.

It’s strange but true – spirits need us in this physical form to help resolve their karmas – and they remind us in many subtle and not so subtle ways such as:

And, these spirits get frustrated when things are this close – so they turn up the signal… to the people here in physical form – to resolve their unresolved issues – before everyone separates.

In many cases, we are puppets acting out the (unnecessary) payback for an indirect karmic event – one that’s not about any one of us personally.

The Karmic Play – Act One, Scene One

The ancestor / spirit “puppet-masters” are dumb, they don’t realize karmas can be resolved (using Yuen Method(® techniques) without meeting the persons directly or bringing descendants together to resolve the ancestor karma.

Our ancestors and other spirits are not angelic, perfect beings that only know truths.  More often than not, they get it wrong.

Our ancestors hope the holiday gathering might resolve their karmas – but, often it doesn’t.  The “puppet” actors in this play (you and me) often don’t know the script or story.

It’s not that difficult, but one of us here in physical form has to:
1)  Have awareness that we’re participating in a karma not our own
2)  Know the karma type and direction  to strengthen and clear the right person(s) & energy – and resolve it… in 1 second.

When we “receive” the real message – and recognize and neutralize the “another time” karma – these ancestors spirits release their karmic tethers into us.   Once the karma is resolved, and the energy dissipated, there is no energy to support the need to repeat the acting out.   Cora and Jane seem like they’re getting along just fine now.

Our situation changes dramatically when the karmic tether is released – and we’re suddenly neutral in the situation.

We can then unconditionally <accept , acknowledge , recognize> we were just actors in someone else’s play – with a general sense of well-being and no emotion about it – as we continue on with the holiday celebration.