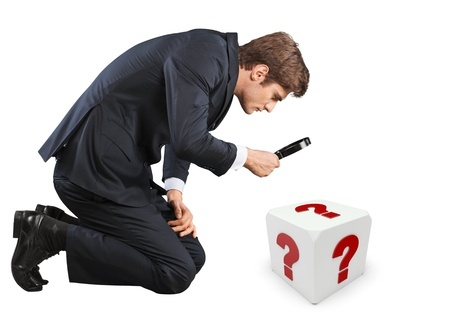 There are times – rarely – when a symptom primary effect is one specific experience, and in that case, it’s important to energetically identify it.

But, in most cases, it’s better (and more primary) to deal with the general.

It depends on what the energy is telling us.

There could be 100,000 (general) experiences of weight/energy – and the effect of this – on us – could be infinite.

A specific recalled single event may be the most memorable and painful and cause a huge reaction.

Focusing on a single, already resolved issue becomes a trigger to another 100,000 (equal events/experiences/thoughts).

Now, the (sometimes severe) reaction/effect we feel – seems like it’s from that single (long–resolved) issue or event.

But, often it’s not.

Without the tool of energetic testing, we can continue to focus on the single event or thought as the real issue – maybe for years or decades – with no resolution.

Nothing changes because the thing we’re focusing – or stuck on – is already strong.  (resolved)

Life problems include the triad of < issues – triggers – choices >.   We’re often not fully versed into looking at the 2nd and 3rd elements of the life problems triad –  triggers and choices.

We’re conditioned to focus on every situation as an issue.

Checking the energy, we realize the single event (or thought) is not primary – and tests “strong” as an issue … but “weak” as a trigger.

When something is a trigger – by definition – it is a misdirection to the real issue.

triggers misdirect us by creating a powerful
– and seemingly logical – association
with a single event, thought or experience
causing us to react – and misinterpret – what we really need to resolve

The effect we notice/sense from the trigger is often the cumulative effect of the many.   That energetic weakness can manifest or attract more events.

And, the trigger creating the drama may not even come from inside us…  whoa!

When we or a client gets specific or the energy tells us – they have a need to get specific – it can make it more difficult to delete the effect of the larger influence (the trigger of the 100,000 or the infinite – the energetic effect of which could even come from outside us – also called collective influences).

Profile the general at first – and delete the cumulative effects.    The energy may show us it’s not the needle (in the haystack) – e.g. the single, long-resolved, huge event.   The needle is just an abstract concept/metaphor or trigger – that may point to a whole haystack –  over there  (e.g trigger to our childhood in general or collective childhoods in general).

Stay general – when the energy tells us this is the larger effect.   Then, neutralize the common “need to get specific” (or “Needle in the Haystack“ influence)  –  to get unstuck.